Rendering a React component inside a node

and domContainerNode elements can easily be found with a DOM query in the hook, from the root of the subtree to be deleted.

@marijn: you mean retrieving the react component from that DOM subtree ? That is not needed.

ProseMirror will ‘drop’ whole subtrees at a time, without recursing through them, so an unmount-related callback would not be called for every node, but only for each subtree that’s dropped. So you’d want to scan those in the callback, to find the relevant React components.

Yes, that is fine. In the callback, the React cleanup can be done, for each component within that dropped subtree.

Implemented in this commit, which will be part of the upcoming 0.11.0

how could callback be implemented for cleaning in react?

Hey guys - I have been trying to render React components as NodeView too. I have created this repo to show what I am currently doing: 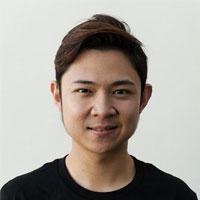 Is this how you guys are approaching it too?

Thank you for the idea. Actually I’m trying to replicate this, but now I think prosemirror is split into different modules. So now where can we find { Block } coz we can’t find Block in prosemirror/dist/model ?

There is no export named Block in the entire library. See the reference manual to look up specific exports.