An extra <br> is added in certain pasted content

I have noticed that, when pasting text from certain sources that contain a hard break, an extra <br> is added.

For example, when pasting text from google docs with one hard break between each paragraph, the hard break will be parsed into a <p> with 2 <br> insides, one with “ProseMirror-trailingBreak” and one without. 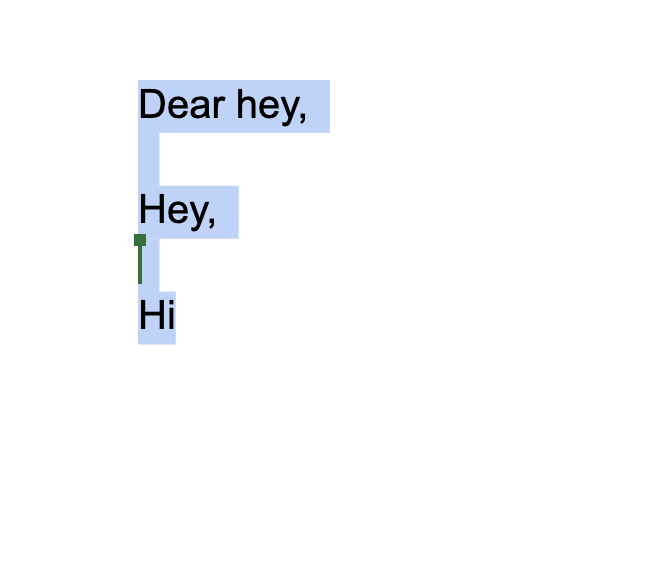 Another thing i’ve noticed about it, i’m pretty sure that it happens where the <br> in the pasted HTML is not wrapped in a paragraph, then prosemirror will wrap it in a <p> and add another <br>. if the <br> on the pasted html is already wrapped with a <p>, it doesn’t happen.

I’d love to know if there is a way to prevent the extra <br>. thank you!

I can reproduce that on the prosemirror.net example implementation (both Firefox and Chrome).

I can’t reproduce that on my own implementation.

My best guess is this: My schema does not have this rule (from schema basic):

will be parsed into a <p> with 2 <br> insides, one with “ProseMirror-trailingBreak” and one without.

It’s parsed as having only one hard break. The second is only added in the view to make sure it renders properly and allows a cursor to appear after the break, it’s not part of the document.

Thank you, I’ll try to make this change as well!

But it does have an affect- the 2 hard breaks are creating 2 empty lines instead of one, I can put my cursor on each one separately, which is the behavior I do not want.

(the view.state.schema actually does not include the extra hard breaks, but they are rendered in the dom)

this is what I mean by the 2 lines: 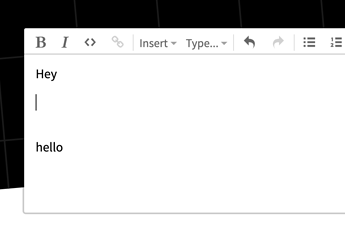 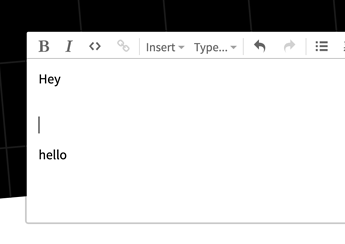 I think the issue comes up when the source html in the clipboard has br’s sibling to p’s. So the google docs content has this

When pasting, if you come across a node with a single hard break in it, e.g. <p><br></p> remove that br like:

…you will end up with

No matter how hard I try, I do not understand this explanation:

A <p><br></p> should have 2 lines as the paragraph implies one line and the br represents a hard break so visibly that would/should look like 2 lines. The ProseMirror-trailingBreak is added in for an empty paragraph to ensure it does not collapse. The issue here is that google docs probably should have included an empty paragraph (without the br) -or- a br within the paragraphs it included. Instead they put a <br/> sibling to the <p>. A br is an inline in prosemirror’s nodes and so it ends up generating a containing block here - the <p>. So if you wanted to work around this correctly then would have to do this for that scenario and therefore inspect the html not the resulting fragment/nodes. Because if you instead used Word and had a break within a paragraph you’d lose the explicit break. It would be best if prosemirror could handle this but since technically it doesn’t know about the node types (you supply the schema) I doubt it can handle this.

Thank you! but transformPasted actually receives a Slice as an argument, can you direct me how to use it the way you did?

@Almoglem Sorry, it was closed over… just remove the nested return function so it accepts a slice. (It’s because clipboard handling as a plugin)