How to turn a bulletList node into a orderedList node? 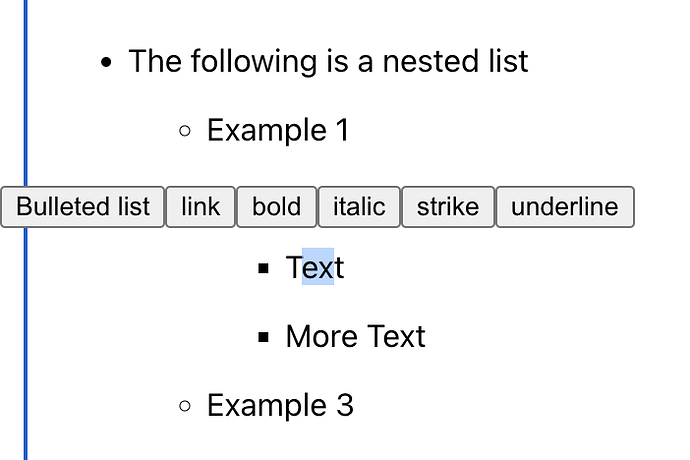 From the selection, I successfully found its closest parent bulletList:

I simply want to take this node which is a bulletList and turn it into an orderedList - almost like I’m just going into the HTML and changing the <ul> into an <ol>.

How would I achieve this? I read through the APIs and feel it may not be as trivial as I hoped. Perhaps something with lifting and wrapping?

I got this going so far:

In the above, I’ve hard-coded the editor.selection.$from.node(-2), but in my actual code I’d programmatically be finding the closest bulletList parent to the selection which is text within a listItem.

Something I noticed that isn’t in the documentation is that the ResolvedPos has a path, but I don’t know what the values/numbers mean.

I feel like I’m going down the right path though and will soon be able to recursively turn nested bulletList nodes into orderedList nodes - just need to figure out how to get the position of the bulletList node once I find it.

I can’t say I totally understand the descriptions, but I think this works…

If the above is true and I did indeed find the same node, then I should have all the working blocks I need.

In testing, it seems to be the same node, but I’m not sure if I’m missing any gotchas.

but I don’t know what the values/numbers mean.

That’s a private property that you don’t need to touch. All the relevant information in there is exposed through methods.

If you know the selection is inside a block in a list item, .before(-2) will indeed give you the position of the list.

Can that logic be extended to:

Yes. that works in all cases where depth is a valid depth.